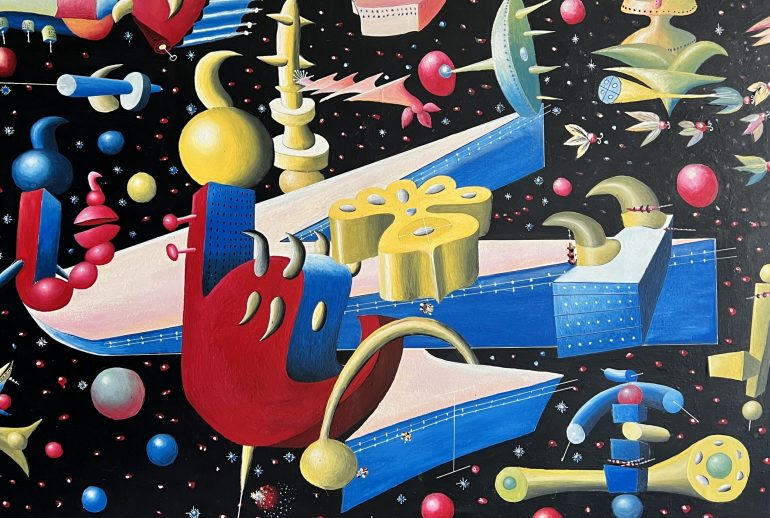 “Inside the Metaverse: Architects See Opportunity in a Virtual World”

“When Architects Made Worlds”

Headlines for two recent articles in prominent publications, both link “Architects” to “Worlds” but one speaks to the future and one speaks to the past. The first heads Pansy Schulman’s virtual experience of BIG’s (Bjarke Ingels Group) new internet-based office for VICE Media Group in the context of similar projects. [1] The second leads New York TimesArchitecture Critic Michael Kimmelman’s review of MoMA’s startling exhibit of South Asian mid- and late-20thcentury architecture, “The Project of Independence: Architectures of Decolonization in South Asia, 1947-1985.” [2]

In her article, Pansy Schulman references Patrik Schuman of Zaha Hadid Architects (ZHA) and his belief that “virtual design actually increases the value of the profession.” In his words, “It puts the focus on our core competency and distills the essence of the architectural discipline in its distinction from the engineering disciplines…It’s going to be an avalanche. Prices will rise and salaries will rise because there will be a shortage of competency.”[3]

The MoMA exhibition captures a period perhaps unparalleled in recent history “where modern architecture served both as an instrument and an active agent of social progress in the second half of the twentieth century.”[4] Melding local and regional construction practices with conceptual notions of Modern architecture, the architects (many of whom were women) leading these projects in India, Pakistan, Bangladesh and Sri Lanka became catalysts of social change. New building typologies were developed and the “new built environment…gained aesthetic agency and symbolic meaning by aligning with political goals.” [5]

These two diverse approaches to architecture—each one of its time—collectively frame a critical discussion about contemporary design thinking and architectural practice.

While computer technology is generally assumed to be a fairly recent design tool, its genesis is SKETCHPAD, developed at MIT in 1963 as part of a graduate thesis project. This was the first computer program with a human-computer aided interface that allowed the user to draw directly on a computer monitor. Although it would be years before this technology became fully integrated with the design process, its impact was already being questioned. Writing about contemporary design trends in 1968, the Australian architect and critic Robin Boyd cited the use of computers in his condemnation of what he called “antiarchitecture”:

Antiarchitecture promises a more radical revolution than that of any new design style. It is fascinated by the population explosion and plugging-in and pop, by McLuhan, of course, and by systems and electronics; and it yearns for the day when it will be able to surrender itself entirely to the computer…. It is compulsively opposed to visible concepts, design, and order. It wants desperately to be in with the big league revolutionaries of the other arts and to smash open the core of architecture and find something absolutely different inside. Its credo goes something like this: burn, form, burn; only social pressures and technological development will shape buildings from now on.[6]

When we read Patrik Schuman’s belief that “the metaverse is not an escape and it’s not a video game,”[7] was Robin Boyd being prescient? Does the idea that architects should be designing virtual worlds represent the evolution of “antiarchitecture” or a valid architectural design pursuit?

In his 1987 book, Design Thinking, Peter Rowe (Harvard University professor and former Dean of the Graduate School of Design) posits that there are two primary methods that architects use in “design decision-making,” what he calls “two realms of inquiry.” “One is concerned with the making of architecture in the light of an external vision of man and his world. The other is concerned with architecture in itself.” [8] The first realm utilizes general parameters such as program, site, function, aesthetics and history in a context that Rowe broadly ascribes to a “hypothetical-deductive system of theory construction and empirical observation favored by the social sciences,”[9] a common understanding of the social role of architecture.

The second realm is a closed system whereby “architecture is seen in relationship to itself and its constituent elements.” Citing Peter Eisenman, Rowe says that this kind of design decision-making utilizes “the language of architectural form, ‘one that was concerned with its own objecthood’.” [10] This is a “rhetorical” process that may only be understood by those in the know (my emphasis) who can interpret and decipher the designer’s architectural code. In the extreme, the architect looks to new references outside the realm of architecture for form giving. (Think of Mark Wigley and his adaptation of Derrida’s literary concept of “deconstructivism” as architectural theory.) As Rowe says, this “art for art’s sake” approach “threatens to relegate architecture to the rarefied fringes of consumer culture.”[11]

At the time Peter Rowe’s book was published, the use of computers in the architectural design process was still fairly new and the theoretical framework for evaluating its impact was nascent. Design Thinking in the Digital Age, a lecture he gave in April 2017 at Harvard University’s Graduate School of Design, repositioned his original arguments in the context of digital technology. He questioned whether digital architecture enables the architect to move past “rote problem solving…mundane, matter-of-fact arrivals at solutions or outcomes.” [12] Implicitly criticizing the “first realm” design approach, he warns of “wicked problems”: those that have no “definitive formulation, no explicit bases for terminating problem-solving activity…(a) lack of a clear stopping rule, or clear solution…solutions cannot be regarded as either correct or incorrect in any definitive manner.”[13] Digital technology aids in avoiding these pitfalls. It increases the options and tools available to the architect for design decision-making and the likelihood of better solutions.

At the same time, the dangers of the second realm approach are greater. Design decision-making becomes a process governed more by the software; “digital pedagogy…a bias toward ‘surface’ rather than ‘space.’”[14] Rowe acknowledges (although I think discounts too easily) the common situation where “a designer becomes either enthralled or victimized, or both, by the digital applications on hand and the inevitable biases and less visible quirks that are built in, so as to lose autonomy over a design process…”[15] Seduced by what the software can do, the designer falls down the rabbit hole and loses sight of real world determinants.

This first happens in the 1990s through the early 2000s when the promise of digital technology comes to fruition. One of the “laboratories” for exploring the potential of digital architecture was the Paperless Studio taught in the Columbia University Graduate School of Architecture, Planning in the mid 1990s under the leadership of Bernard Tschumi, Dean from 1998 to 2003. Faculty included Hani Rashid of Asymptote, Steven Holl, Karen Bausman, Stan Allen and Greg Lynn. Greg Lynn became perhaps the most prominent champion of digital architecture (https://www.studiolynn.at/people/greg-lynn).

The impact of digital architecture on the profession cannot be overstated, memorialized with the 2013 Canadian Centre for Architecture (CCA) exhibition “Archeology of the Digital,” (https://www.cca.qc.ca/en/events/3333/archaeology-of-the-digital).  Curated by Greg Lynn, the CCA examined the history of digital architecture from the late 1980s through the early 1990s.[16].

There were certainly some brilliant investigations undertaken into the unknown at this time but much of this pioneering research work was done in academia where there has always been a chasm between theory and practice. Consider Greg Lynn’s studies for the Embryological House (1997-2001). Rendered through animation software, Lynn’s egg-like forms were seemingly randomly produced using Microstation and Maya software. The intent was to “design and manufacture houses that exhibit variety based on shared regulating principals—a ‘mass customization’ to allow the mass production of individually unique products.”[17] These images bring to mind Rowe’s caution that digital architecture can lead to “a bias toward ‘surface’ rather than ‘space’.”

While notable because the design software could be linked to CNC (computer-numerically-controlled) manufacturing, the leap to a functional model seems tenuous. As Ola Bouman characterized in a 1998 book about Lynn, “…Lynn’s work makes a big impression because of the way he visualizes his designs with the aid of animation programs borrowed from among others, the film industry…The spectacle of the form, courtesy of the software engineers, narrows the focus to the shock of the new.”[18] The fact that some students from Columbia’s Paperless Studio became animators rather than architects is equally telling.[19] This is not to discount the importance of the work that architects such as Frank Gehry and Shoei Yoh did to integrate digital technology into the design through construction cycle. Rather, it is to recognize the pitfall when the reasons for using the technology become subsumed to the technology itself.

Add now to digital architecture the overlay of virtual reality.  With the use of headsets and extremely powerful computer software, an architect can “walk” a client through or around a building. Although this technology is not new, it has progressed way beyond “fly throughs” of earlier computer models. Its use as a design and presentation tool in architecture firms is becoming more prevalent as costs decrease and clients become savvier. Yet going from using virtual reality as a tool to convey the experience of what an actual built environment may be like, to creating virtual environments peopled by virtual avatars as an end in itself—as Patrik Schuman and others propose—is a huge paradigm shift. This future world is a phantom world, untethered to any practical purpose, where architects are relieved of any social responsibility.

That the projects showcased in the MoMA exhibition “adapted to the very different economic, cultural, climatic and technological situation of South Asia”[20] make them no less relevant today when much of the world is facing a climate crisis inextricably bound to technology and the built environment. As Michael Kimmelman wrote, “…it’s a joy and relief, not to mention useful in an age of climate change, to see so many projects that aren’t sealed glass boxes, like nearly every big building today. Making do with less produced some of the most beautiful, textured, thoughtful designs of the midcentury.”[21]

We should also consider contemporary architects like Chilean architect Alejandro Aravena, awarded the 2017 Gothenburg Award for Sustainable Development, and the 2016 Pritzker Architecture Prize for his significant contributions to the design and construction of low-cost social housing, “engaging with politicians, lawyers, researchers, residents, local authorities and builders.”[22] (Contrast the more than 2,500 housing units his firm ELEMENTAL has actually built for the “underserved” and “underprivileged” with Greg Lynn’s abstract studies for the Embryological House.) Notably, construction drawings of four of ELEMENT’s housing projects can be freely downloaded, intended to foster collaboration and information-sharing among professionals. This Open Source sharing is virtually unprecedented in the architectural profession.

Though undoubtedly coincidental, the publication of “Inside the Metaverse: Architects See Opportunity in a Virtual Word” concurrent with the MoMA exhibition, “The Project of Independence: Architectures of Decolonization in South Asia, 1947-1985” offers two starkly different ways of thinking about what architects can do. Which world do we want to live in? Is it one where architects retreat to an ephemeral cyberspace, “when the profession increasingly gravitates towards pedantic gamesmanship and neo-avant-gardism”?[23] Or is it one where the architect collaborates to solve real world problems?

[3] —“Inside the Metaverse: Architects See Opportunity in a Virtual Word.”

[7] —“Inside the Metaverse: Architects See Opportunity in a Virtual Word.” Architectural Record.

[16] This became part of a larger, ongoing documentation effort of the CCA  (https://www.cca.qc.ca/en/articles/issues/4/origins-of-the-digital/2077/archaeologists-of-the-digital

[19] Seeing the Digital World: A conversation between Greg Lynn and Joseph Kosinki. Article 6 of 18, Origins of the Digital. Canadian Centre for Architecture.https://www.cca.qc.ca/en/articles/issues/4/origins-of-the-digital/49449/seeing-the-digital-world-in-hollywood 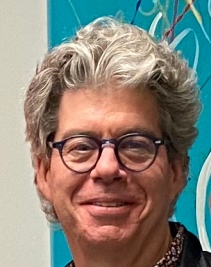 is a New York City based architect.